President: Rupert Thorp was a prominent member of the Cambridge University croquet team in the early 1960s and was a founder member of Chester Croquet Club in 1977.  He and David Miller, who captained the Cambridge team in 1963, were co-authors of ‘Croquet and How to Play It’ published in 1966.  He is a civil engineer specialising in dams and reservoirs and lives in Brassey Green near Tarporley. 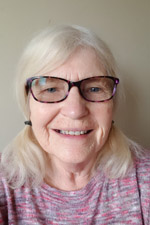 Jayne took over the role of Chairman from Sarah Andrew at the AGM in February 2020. She enjoys both golf and association croquet, playing in the Level Play Golf team and the Short Lawn Association team, and managing some of the internal golf competitions. She is also the ‘go to’ person if you want to buy clothing with the club logo ! Her contact telephone number is 07810892311 and e-mail jaytay20ch@aol.com . Please feel free to contact her if you want to raise any matters with the Committee. 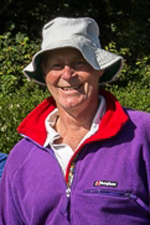 John has been a Committee member for some years and Secretary since 2013. He is a regular association croquet team player and has recently been trying his hand at golf croquet. He is our main link to the North West Federation and recently retired as the North West representative on the governing Council of the Croquet Association. When he is not playing croquet or bridge, he can be contacted on 01244 675929 or e-mail at johngdawson45@hotmail.com . 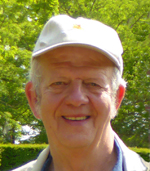 Trevor took over the role of Treasurer from Chris Slater at the 2018 AGM. He started playing croquet in 2012 and  joined the Committee in 2017.  He is a regular golf team member and particularly enjoys the level play aspect of the game. He can be contacted on 01244 674955 or by e-mail at trevorf62@hotmail.com .

Sally has been a member of the club since 2011 and was membership secretary from 2013 to 2018.  She looks after publicity for the club and organises taster sessions for newcomers who are interested in trying their hand at the game. As such she is the first point of contact for new or prospective members to provide information and answer queries. She also helps to arrange the club’s social events. She can be contacted on 01244 677645 or by e-mail at springboard_sally@hotmail.com

Hugh keeps the club’s web site up to date by posting the latest news, match reports and photographs. At the 2019 AGM he also took over responsibility from Sally Slater for the club’s internal communications and for maintaining the membership lists which are posted in the Members only area. Please inform him on 07973 656321 or by e-mail at hughbray@kba.org.uk if your membership or contact details are incorrect or have changed. 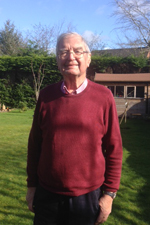 Tom is a recent arrival in Chester and new to croquet. With just one season of golf croquet under his belt he is very keen on the game and enjoys the social aspects of the Club. He took over as equipment officer from Robin Tasker in 2020 and is now looking after all our equipment, undertaking repairs and repainting during the winter months, and making sure that everything is in good order during the playing season. Please report any equipment issues to Tom as he relies on members to take good care of our kit and to let him know if there is any need for repair or replacement. Contact him on 07801 665993 or by e-mail at grievsontom@gmail.com .