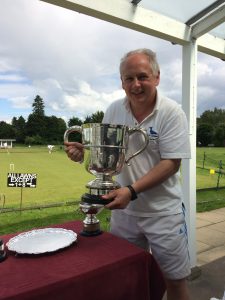 Richard Smith with the trophy

Full calendar of fixtures now available for 2021 though still subject to amendment.

Beware of more scam e-mails purporting to come from club members. Usual giveaway is an unfamiliar or phoney e-mail address. Do not open attachments and delete.

The 2021 AGM was held on-line using Zoom on Friday, 26 February 2021. Officers and committee were re-appointed and subscriptions for 2021 were approved. For more details see the AGM minutes and papers in the members only area.