Thirteen people had been recycled to nine by the time we arrived at the Winsford waste recycling centre on Tuesday, but we were still met with a friendly reception. Matthew the ‘waste doctor’ and Lisa, who had a long, impressive title involving words like recycling and management, met us with high vis jackets and led us safely to the education building on site at the Keir waste management site at Winsford, ran by Keir on behalf of Chester and Cheshire West.
There was a constant stream of waste lorry traffic in and out of the site, but that did not detract from our concentration from the talk we received from Matthew and Lisa on what can and cannot be recycled in that plant. Although it was a talk largely aimed at younger people, we all found it interesting and there were some revelations along the way and we were able to ask questions. We were then shown the make-up of the different compartments of the waste lorry.
After the talk we were taken to a safe viewing point where we watched the two fork lift trucks empty the different compartments of the lorries. It was like a dance, done with speed and efficiency, and difficult to take your eyes off it. They only took a few minutes to empty each lorry, which then moved to another part of the site, where batteries and textiles were removed, before moving to a final section before leaving the site.
We then returned to the education centre where we had a talk on food waste, which was shameful in many ways. We were given literature, stickers and a reusable metal cup each and called into the Fishpool Inn for lunch on the way home. A trip worth taking. Thanks to Sandy for organising. Look out for others in the series! 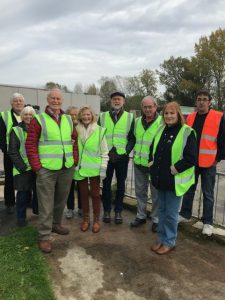 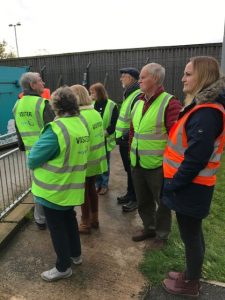 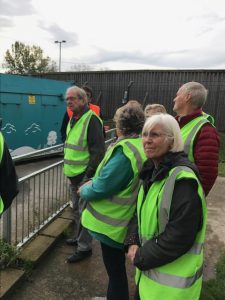 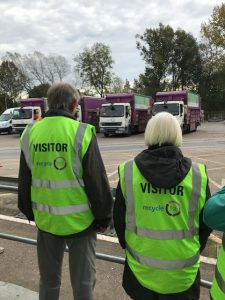 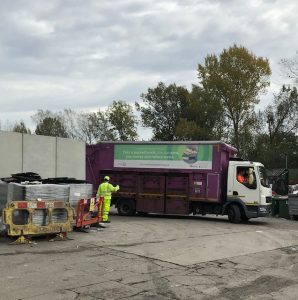 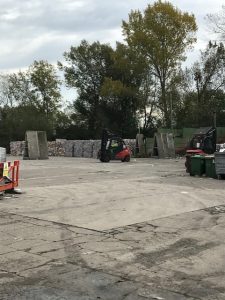 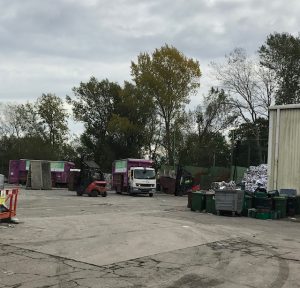