Chester croquet club held it’s Early Bird Doubles golf croquet competition on Sunday June 2nd, where 8 people of high handicaps were drawn in pairs and played three rounds of golf croquet. After the three rounds, the pair who had won the most games were the winners. Winning all three of their games were Angela Tindall and Cynthia Graham. They were awarded the trophy by competition organiser and manager, Jayne Taylor. 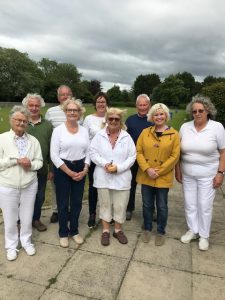 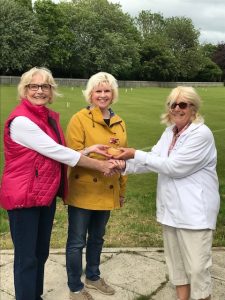 Also on Sunday, the association handicap team of John Dawson (captain), James Thomas, Sarah Andrew and Brian Walton travelled to Pendle to play in the North West handicap league. James and Brian won all of their games and the final score was a win for Chester 5-2.

A CA Special General Meeting on 18 July agreed proposals to convert to a new Charitable Incorporated Organisation to be called Croquet England.