The national level play golf competition was hosted at Chester croquet club on the weekend of August 5th and 6th. After some late cancellations, 12 people played for the Maggie Cowman trophy over the two days of play. The final match for the trophy was contested by David Boyd of Tarporley CC and Garry Greenwood of Chester CC. In a best of three format, the winner was Garry Greenwood who received the trophy and a personal medal. As runner up, David received a bottle of the exclusive ‘Sloping Lawn’ wine, vintage 2017. The Chester Bowl was won by Steve Marsh (Bakewell); he received bottle of 2017 ‘Slanting Lawn’. After a very tight final game, Jayne Taylor (Chester) won the Telfords Plate and a bottle of 2017 ‘Tilting Lawn’ 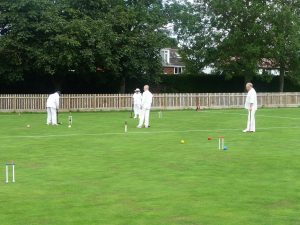 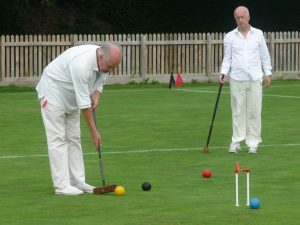 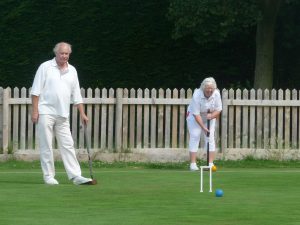 Full calendar of fixtures now available for 2021 though still subject to amendment.

Beware of more scam e-mails purporting to come from club members. Usual giveaway is an unfamiliar or phoney e-mail address. Do not open attachments and delete.

The 2021 AGM was held on-line using Zoom on Friday, 26 February 2021. Officers and committee were re-appointed and subscriptions for 2021 were approved. For more details see the AGM minutes and papers in the members only area.